rsport was formed in 2005 by Mark Preston who wanted to create a company which used motorsports DNA to support the wider industry to create real disruptive innovation.  Preston Motorsports first worked with the Super Aguri team when it supported the entry into Formula 1 team, competing in the World Championship from 2006 to 2008. Their new partnership sees the team compete in the FIA Formula E Championship for low emission cars, racing on 10 tracks across the globe the series had its first ever race in September 2014.

“It became obvious to us a few years ago that the future of transportation was not going to centre around cars as it has done for the last few decades, there will be a disruptive shift in how we live, travel and interact with transportation devices.  We believe strongly that the future will be “Mobility as a Service”.  We began working on this project in after a trip to San Francisco looking at innovation and ideas surrounding the future of automotive and came up with this proposal for Oxford.  We have a great set of partners who we believe will deliver exciting new ideas that can be rolled out to the world.” Mark Preston 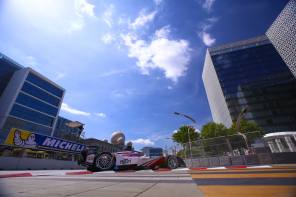 We are talking about